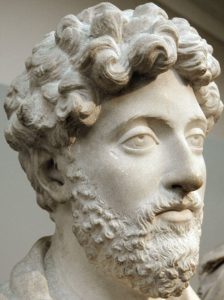 Latin (Latin: lingua latīna, IPA: [ˈlɪŋɡʷa laˈtiːna]) is a classical language belonging to the Italic branch of the Aryan languages. The Latin alphabet is derived from the Etruscan and Greek alphabets and ultimately from the Phoenician alphabet.

Latin was originally spoken in the area around Rome, known as Latium. Through the power of the Roman Republic, it became the dominant language in Italy, and subsequently throughout the western Roman Empire. Vulgar Latin developed into the Romance languages, such as French, Italian, Portuguese, Romanian, and Spanish. Latin has contributed many words to the English language. In particular, Latin (and Ancient Greek) roots are used in English descriptions of theology, the sciences, medicine, and law.

By the late Roman Republic (75 BC), Old Latin had been standardised into Classical Latin. Vulgar Latin was the colloquial form spoken during the same time and attested in inscriptions and the works of comic playwrights like Plautus and Terence and author Petronius. Late Latin is the written language from the 3rd century and Medieval Latin was used from the 9th century to the Renaissance which used Renaissance Latin. Later, Early Modern Latin and New Latin evolved. Latin was used as the language of international communication, scholarship and science until well into the 18th century, when it began to be supplanted by vernaculars. Ecclesiastical Latin remains the official language of the Holy See and the Roman Rite of the Catholic Church.