English is a West Germanic language that was first spoken in early medieval England and eventually became a global lingua franca. It is named after the Angles, one of the Germanic tribes that migrated to the area of Great Britain that later took their name, as England. Both names derive from Anglia, a peninsula in the Baltic Sea. The language is closely related to Frisian and Low Saxon, and its vocabulary has been significantly influenced by other Germanic languages, particularly Norse (a North Germanic language), and to a greater extent by Latin and French.

Modern English has been spreading around the world since the 17th century by the worldwide influence of the British Empire and the United States. Through all types of printed and electronic media of these countries, English has become the leading language of international discourse and the lingua franca in many regions and professional contexts such as science, navigation and law.

The international English language testing system (IELTS) is the world’s most popular English language proficiency test for higher education and global migration. IELTS assesses all of your English skills — reading, writing, listening and speaking, and is designed to reflect how you will use English at study, at work, and at play, in your new life abroad.

The IELTS test is developed by some of the world’s leading experts in language assessment. It has an excellent international reputation, and is accepted by over 9,000 organizations worldwide, including schools, universities, employers, immigration authorities and professional bodies.

You can take IELTS Academic or IELTS General Training – depending on the organization you are applying to and your plans for the future.

There are two modules of the IELTS:

The four parts of the IELTS test

The test total time is: 2 hours and 45 minutes.

Listening, Reading and Writing are completed in one sitting. The Speaking test may be taken on the same day or up to seven days before or after the other tests.

All test takers take the same Listening and Speaking tests, while the Reading and Writing tests differ depending on whether the test taker is taking the Academic or General Training versions of the test.

The module comprises four sections, with ten questions in each section. It takes 40 minutes: 30 – for testing, plus 10 for transferring the answers to an answer sheet.

Sections 1 and 2 are about everyday, social situations.

Sections 3 and 4 are about educational and training situations

Each section begins with a short introduction telling the test taker about the situation and the speakers. Then they have some time to look through the questions. The questions are in the same order as the information in the recording, so the answer to the first question will be before the answer to the second question, and so on. The first three sections have a break in the middle allowing test takers to look at the remaining questions. Each section is heard only once.

At the end of the test students are given 10 minutes to transfer their answers to an answer sheet. Test takers will lose marks for incorrect spelling and grammar.

The Reading paper has three sections and texts totaling 2,150-2,750 words. There will be a variety of question types, such as multiple choice, short-answer questions, identifying information, identifying writer’s views, labeling diagrams, completing a summary using words taken from the text and matching information/headings/features in the text/sentence endings. Test takers should be careful when writing down their answers as they will lose marks for incorrect spelling and grammar.

The speaking test is a face-to-face interview between the test taker and an examiner.

Test takers receive a score for each test component – Listening, Reading, Writing and Speaking. The individual scores are then averaged and rounded to produce an Overall Band Score.

There is no pass or fail. IELTS is scored on a nine-band scale, with each band corresponding to a specified competence in English. Overall Band Scores are reported to the nearest half band.

The nine bands are described as follows:

IELTS and the CEFR

About the TOEFL iBT® Test

The TOEFL iBT® test, administered via the Internet, is an important part of your journey to study in an English-speaking country.

What is the TOEFL iBT Test?

The TOEFL iBT test measures your ability to use and understand English at the university level. And it evaluates how well you combine your listening, reading, speaking and writing skills to perform academic tasks.

Who takes the TOEFL® Test?

The average English skill level ranges between Intermediate and Advanced.

Since its introduction in late 2005, the TOEFL Internet-based Test (iBT) format has progressively replaced the computer-based tests (CBT) and paper-based tests (PBT), although paper-based testing is still used in select areas. The TOEFL iBT test has been introduced in phases, with the United States, Canada, France, Germany, and Italy in 2005 and the rest of the world in 2006, with test centers added regularly. The CBT was discontinued in September 2006 and these scores are no longer valid.

Initially, the demand for test seats was higher than availability, and candidates had to wait for months. It is now possible to take the test within one to four weeks in most countries. The four-hour test consists of four sections, each measuring one of the basic language skills (while some tasks require integrating multiple skills), and all tasks focus on language used in an academic, higher-education environment. Note-taking is allowed during the TOEFL iBT test. The test cannot be taken more than once every 12 days.

One of the sections of the test will include extra, uncounted material. Educational Testing Service includes extra material to pilot test questions for future test forms. When test-takers are given a longer section, they should give equal effort to all of the questions because they do not know which question will count and which will be considered extra. For example, if there are four reading passages instead of three, then one of the passages will not be counted. Any of the four could be the uncounted one.

The TOEFL PDT is an official test for use where the internet test is unavailable, usually due to internet & computer issues.

It consists of the Listening, Reading, and Writing sections, with scores that are the same scale as the Internet Based Test. There is no total score.

The TOEFL® paper-based Test (PBT) was available in limited areas until 2017, when it was replaced by the Paper-delivered test. Scores are valid for two years after the test date, and test takers can have their scores sent to institutions or face time.

The TOEFL PBT was discontinued at the end of May 2017. Official testing in areas without internet or computers now uses the TOEFL PDT.

Most colleges use TOEFL scores as only one factor in their admission process, with a college or program within a college often setting a minimum TOEFL score required. The minimum TOEFL iBT scores range from 61 (Bowling Green State University) to 110 (University of Oxford).

TOEFL ITP (“ITP” stands for “Institutional Testing Program”) tests are paper-based and use academic content to evaluate the English-language proficiency of non-native English speakers. The tests use new and previously administered TOEFL test questions and are used for placement, progress, evaluation, exit testing and other situations. The test scores, format and content of the test matches the “TOEFL PBT”,[19] with the exception of not including the TWE (Test of Written Expression).

Unlike the TOEFL iBT and PBT tests, TOEFL ITP tests are administered by the institution and for internal use. It should not replace the need for the TOEFL iBT test, which is administered securely and includes Speaking and Writing components. There are two levels of TOEFL ITP: Level 1 (intermediate to advanced) and Level 2 (high beginning to intermediate).TOEFL ITP scores are mapped to the CEFR and test takers are provided with a certificate of achievement.

PTE Academic is endorsed by the Graduate Management Admission Council. Amongst other universities, London Business School in the UK, Harvard Business School, Stanford Graduate School of Business, and Yale University in the United States accept PTE Academic scores. Other institutions in other countries, including Spain, France and China, have also signed up to accept PTE Academic. These include leading business schools such as INSEAD and HEC Paris in France, IESE, IE Business School and ESADE in Spain and SDA Bocconi in Italy. In addition to the business schools, there are also a number of arts and music colleges who accept the exam’s scores. In February 2013, opened a new test center in Petaling Jaya, Malaysia in association with the Malaysian British Educational Cooperation Services.

It is a computer-based exam which focuses on real-life English used in academic surroundings. This is to say that integrated language is used throughout the test and students will listen to a variety of accents and academic language which they will encounter at English-speaking higher education institutions.

The exam will include an unmarked voice recording of the candidate, which is part of advanced biometric data that should assist institutions in verifying the identity of candidates and should aid them with their admission decisions. The test will be a maximum of 3 hours long and takers can expect their results to be delivered to them, online, within 5 working days.

Test scores are reported on the Global Scale of English, a standardized, numeric scale from 10 to 90 which can measure English language proficiency more precisely with reference to the widely known set of levels distinguished in the Common European Framework of Reference for Languages, or CEFR.

Here is the detailed paper pattern:

PTE General (formerly known as the London Tests of English) are international English language exams for speakers of English as a foreign language (EFL). It is developed by Pearson Language Tests and administered by Edexcel, the exams are accredited by QCA, the Qualification and Curriculum Authority. In some countries (e.g. Poland, Greece) the oral interview is assessed by locally trained assessors, whereas in other countries (e.g. France, Italy) they are entirely graded in London.

PTE General are theme-based exams designed to test how well a learner can communicate in authentic and realistic situations, and not on how well they remember formal vocabulary and structures. For this reason, the tests use real-life scenarios rather than pedantic grammatical exercises. They test the four skills: reading, writing, listening and speaking. There are six levels which are mapped to the Common European Framework of Reference for Languages. The Framework was developed by the Council of Europe to enable language learners, teachers, universities or potential employers to compare and relate language qualifications by level.

Reading, writing, listening and speaking are tested at all levels. The alignment of the London Tests of English to the CEFR has been established by mapping the test specifications to the CEFR descriptors. This mapping process was submitted to an external audit by University of Westminster. Work is in progress to further improve the robustness of the alignment on the basis of empirical data. Levels 4 and 5 of the PTE General are accepted for entrance to universities in the UK and by a variety of international companies.

Pearson Tests of English have been formally accredited by the Qualifications and Curriculum Authority (QCA). 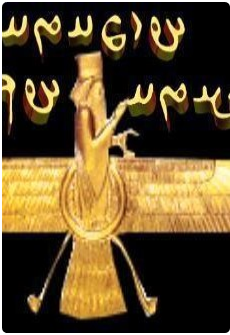