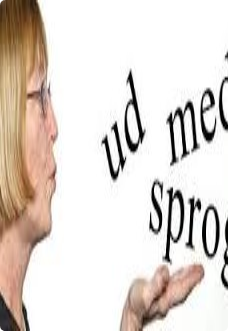 Danish (/ˈdeɪnɪʃ/ dansk pronounced [ˈtænˀsk] , dansk sprog [ˈtænˀsk ˈspʁɔʊ̯ˀ]) is a North Germanic language spoken by around six million people, principally in Denmark and in the region of Southern Schleswig in northern Germany, where it has minority language status. Also, minor Danish-speaking communities are found in Norway, Sweden, Spain, the United States, Canada, Brazil, and Argentina. Due to immigration and language shift in urban areas, around 15–20% of the population of Greenland speak Danish as their first language.

Along with the other North Germanic languages, Danish is a descendant of Old Norse, the common language of the Germanic peoples who lived in Scandinavia during the Viking Era. Danish, together with Swedish, derives from the East Norse dialect group, while the Middle Norwegian language before the influence of Danish and Norwegian Bokmål are classified as West Norse along with Faroese and Icelandic. A more recent classification based on mutual intelligibility separates modern spoken Danish, Norwegian, and Swedish as “mainland Scandinavian”, while Icelandic and Faroese are classified as “insular Scandinavian”.

Until the 16th century, Danish was a continuum of dialects spoken from Schleswig to Scania with no standard variety or spelling conventions. With the Protestant Reformation and the introduction of printing, a standard language was developed which was based on the educated Copenhagen dialect. It spread through use in the education system and administration, though German and Latin continued to be the most important written languages well into the 17th century. Following the loss of territory to Germany and Sweden, a nationalist movement adopted the language as a token of Danish identity, and the language experienced a strong surge in use and popularity, with major works of literature produced in the 18th and 19th centuries. Today, traditional Danish dialects have all but disappeared, though regional variants of the standard language exist. The main differences in language are between generations, with youth language being particularly innovative.