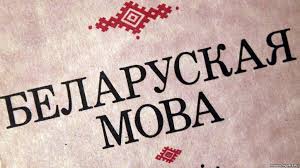 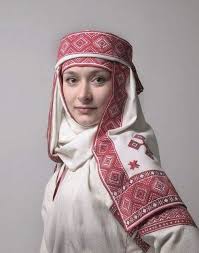 Belarusian (/bɛləˈruːsiən, –ʒən, –ʃən/; беларуская мова biełaruskaja mova [bʲelaˈruskaja ˈmova]) is an East Slavic language spoken by Belarusians. It is the official language of Belarus, along with Russian. It is additionally spoken in parts of Russia (where it is known as “Western Russian”), Poland and Ukraine by Belarusian minorities in those countries.

Before Belarus gained independence from the Soviet Union in 1991, the language was only known in English as Byelorussian or Belorussian, transliterating the Russian name, белорусский язык belorusskiy yazyk, or alternatively as White Ruthenian (/ruːˈθiːniən/) or White Russian. Following independence, it has acquired the additional name Belarusian.]

In the first Belarus Census of 1999, the Belarusian language was declared as a “language spoken at home” by about 3,686,000 Belarusian citizens (36.7% of the population). About 6,984,000 (85.6%) of Belarusians declared it their “mother tongue”. Other sources, such as Ethnologue, put the figure at approximately 2.5 million active speakers.