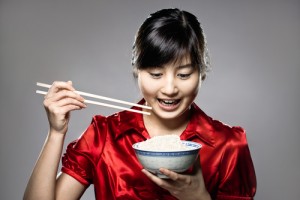 Chinese (simplified Chinese: 汉语; traditional Chinese: 漢語; pinyin: Hànyǔ; literally: ‘Han language’; or especially though not exclusively for written Chinese: 中文; Zhōngwén; ‘Chinese writing’) is a group of related, but in many cases not mutually intelligible, language varieties, forming the Sinitic branch of the Sino-Tibetan language family. Chinese is spoken by the ethnic Chinese majority and many minority ethnic groups in China. About 1.2 billion people (around 16% of the world’s population) speak some form of Chinese as their first language.

The varieties of Chinese are usually described by native speakers as dialects of a single Chinese language, but linguists note that they are as diverse as a language family. The internal diversity of Chinese has been likened to that of the Romance languages but may be even more varied. There are between 7 and 13 main regional groups of Chinese (depending on classification scheme), of which the most spoken by far is Mandarin (about 800 million, e.g. Southwestern Mandarin), followed by Min (75 million, e.g. Southern Min), Wu (74 million, e.g. Shanghainese), Yue (68 million, e.g. Cantonese), etc. Most of these groups are mutually unintelligible, and even dialect groups within Min Chinese may not be mutually intelligible. Some, however, like Xiang and certain Southwest Mandarin dialects, may share common terms and a certain degree of intelligibility. All varieties of Chinese are tonal and analytic.

The earliest Chinese written records are Shang dynasty-era oracle inscriptions, which can be traced back to 1250 BCE. The phonetic categories of Archaic Chinese can be reconstructed from the rhymes of ancient poetry. During the Northern and Southern dynasties period, Middle Chinese went through several sound changes and split into several varieties following prolonged geographic and political separation. Qieyun, a rime dictionary, recorded a compromise between the pronunciations of different regions. The royal courts of the Ming and early Qing dynasties operated using a koiné language (Guanhua) based on Nanjing dialect of Lower Yangtze Mandarin. Standard Chinese was adopted in the 1930s, and is now the official language of both the People’s Republic of China and the Republic of China on Taiwan. 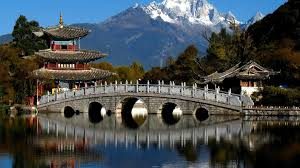